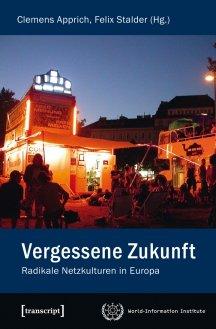 The Internet. Public Access. The 1990s. servus.at started as a project of the Linz cultural association Stadtwerkstatt, in short STWST. All the activities at that time were marked by a call for discourse and self-formulation. The joy of subversion and critical faculties, in order to seize free spaces and alternatives:

“Creating centers was in the foreground in the 1980s. The stage was a free space & the free space was a stage. Decentralization took over in the nineties, meaning creating nodes in a communicative sculpture. The stage appears everywhere; it is the interface for dialogue.” (1)

During this period people skilled in technology in the STWST developed methods for artists and cultural producers to use media space for their production. The political moment of electronic media was probed, contents transported via all possible media. Brecht and Enzensberger revisited: every receiver can become a transmitter. Technology is a means to an end. With this background, the Linz net culture node servus.at was set up as a separate association in March 1996: a space of operations in cyberspace for radio on demand, art TV, for archives/databases and research work. From the beginning, it was clear that a structure independent from commercial providers needed to be created. That also became politically manifest later with similar initiatives in the form of the “Yellow Paper.” servus.at’s path into the network coincided with the building of the new Ars Electronica Center (AEC) next to the STWST. The plan was to connect with the net via ACOnet, since the AEC construction site in immediate proximity to the STWST made it possible to lay shared cables to the Kepler University, where the main node of the ACOnet is located. Since the post office had a monopoly, it set up cable conduits from AEC to Kepler University. An empty conduit was also made between the STWST and AEC. In the course of the Ars project Glasfieber in 1996, the connection to ACOnet via AEC was, in fact, realized with a fiber optic cable, but the connection was prone to outage from the beginning, and broadband for servus.at was severely limited by AEC. This was a hardware limitation that servus.at found itself confronted with for several years, and which repeatedly led to conflicts with the responsible administrators at AEC. For this reason, servus.at organized a second connection in parallel to this between Vienna and Linz through the Vienna Backbone Service (VBS). The VBS served as an outage connection and additionally made it possible for modem users to dial into the net. What was always a precarious issue became a crucial question again in 2005 in conjunction with the expansion and remodeling of the AEC: the necessity of and an opportunity for a genuinely independent network node, not least of all because AEC disproportionately charged servus.at for services. The problem of disproportionate charges was also an indication of the lack of a political will to treat a small, autonomous network fairly. Apart from the problems of bandwidth, in the end it was due to necessary excavation work that it first became possible to establish an affordable physical connection from the location Kirchengasse 4 (STWST) to the ACOnet node at the Kepler University. However, the plan and the process were accelerated by the Telekom, which simply cut through the undocumented fiber optic cable between the STWST and AEC during construction work, thus making it unusable. servus.at was offline for eight hours for the first time, and only the relevant know-how made it possible to re-route the entire data traffic through a protected wireless connection.
Along with this existential struggle for infrastructure for artists and cultural producers, servus.at has always, then as now, conveyed critical media skills through various formats and projects. The LinuxWochenLinz have been conducted since 2001 under the umbrella of the Austrian LinuxWochen and were organized in Linz in the beginning by the local Linux User Group (Lugl) and servus.at. The precondition for an emancipatory use of media is the self-administration of tools and contents. Practice-based pioneering endeavors and an understanding of art were accompanied by resistance and a lack of understanding: the City of Linz is no exception here. In retrospect, net culture initiatives are called “avant-garde.” It sounds good, but it is no help. It is not clear to what extent the City of Linz recognizes the potential of servus.at and whether there is any awareness of what hindering these services means for civil society. The scope of action enabled by funding remains limited. (2)

Several early projects bear witness to both fruitful and conflictual synergies between STWST artists, the technologically skilled people running servus.at, and the AEC. A reflection on the artistic exploration of socially relevant themes in conjunction with network technologies, however, usually took place much later. Aspects such as censorship or the impact of virtual space on the real world and new working conditions were playfully realized and opened up new discourse spaces accessible to many people at very different intellectual levels. Initial experiments with art television emerged: in 1997 Autodrom generated a virtual world; Wilder Efeu (“Wild Ivy”) was created in the context of political actionism; ClickScape98 or Enemy.org dealt with freedoms and the lack thereof on the net. Humor meets criticism of the system. The virtual world conjoins with the real one. Face-to-face with the interface.

Enemy.org went online in 1995.(3) The page worked as a collection point for debates about the Microsoft monopoly and its imperialist strategies. Criticism was formulated as a contemporary caricature; a fun project naming M$ as the enemy. The genre of the hate-page was new, the Microsoft-hate-page constructive: user accounts, software development and network initiative, devoted more to technology than socio-cultural discourses. Enemy.org was a forum, where information about the schemes and intrigues of the monopolists at that time were exchanged, before search engines and Wikipedia showed up on the net. The computer science student and AEC technician Chris J. Mutter was awarded an Honorary Mention in the Prix Ars Electronica for the project. This did not make AEC happy, nor the university. One result of the dependency of these institutions on Microsoft licenses was that the page migrated from one server to the next. The STWST organized provocative benefit events. Microsoft wrote unfriendly letters …

The project ClickScape98 was implemented spectacularly and confronted parts of the servus.at infrastructure with the most challenging stress test to date. This was a net-art project focusing on the interactive possibilities of the medium and was realized during the European Cultural Month 1998 on the Danube. The large-scale communication sculpture was made by instrumentalizing public space, realized by its link with international data networks. Internet visitors from all over the world could become visible in Linz via mouse-click and leave their messages around the Danube on the Nibelungen Bridge. Understanding for this was limited: question marks in the minds of local cultural journalists. ClickScape98 took place on three levels: lights on a facade, on the net (matrix), and via loudspeakers on the bridge. Participation in virtual space and its realization in real time were, in fact, new. The whole project was unmoderated and uncensored. The meta-text of ClickScape98 was public net space. The images, sounds, and texts entered on the Internet did not vanish into cyberspace, nor did they rise to the surface solely through the computer interface, but were reflected as an intervention in physical real space. One space expanded into the other. The small surfaces of the monitor were translated into the three-dimensional space of the city. (4)

servus.at links free media practice with political background knowledge and is known for probing freedoms and the lack of freedoms between the poles of art, culture, and social policies in different ways. In this sense, the net culture initiative sees itself as part of the independent cultural server landscape. (5) In a city like Linz with certain delusions of grandeur and a predilection for representational buildings like the Ars Electronica Center, it is obviously not easy to adequately develop potentials. With the city’s “new” idea of turning Linz into an “Open Commons Region,” there is some hope that after fifteen years of experience, servus.at might finally encounter a little more understanding for wanting to control tools and information oneself. This is all the more the case where corporations and the state insist on access to users’ private data and where net neutrality is increasingly endangered. The use of FLOSS (Free/Libre Open Source Software) and open standards is one principle, as is the promotion of a cultural remix culture and taking alternative positions to resolve relevant issues of changing copyright: this is a stance decidedly opposed to patents and copyright collecting agencies. There is a gap in conveying critical media skills, which no museum of the future has yet bridged.